The Spanish Main... A name that evokes the long ago days of buccaneering pirates and Spanish Conquistadors, palm trees and buried treasure. Geographically, it was the mainland portion of Spain's empire in the New World, encircling the Gulf of Mexico and the Caribbean. It included the coastlines of Texas, Mexico, Central America and the northern coast of South America, as well as the land known as La Florida. Gold and spice-laden ships from the Caribbean had to pass Florida on their way to Spain, making them tempting targets for privateers and enemy navies. To protect their shipping routes and land claims in North America, the Spanish built what remains today as the oldest stone fort in the oldest city in the United States: Castillo de San Marcos in St. Augustine, Florida. ﻿ 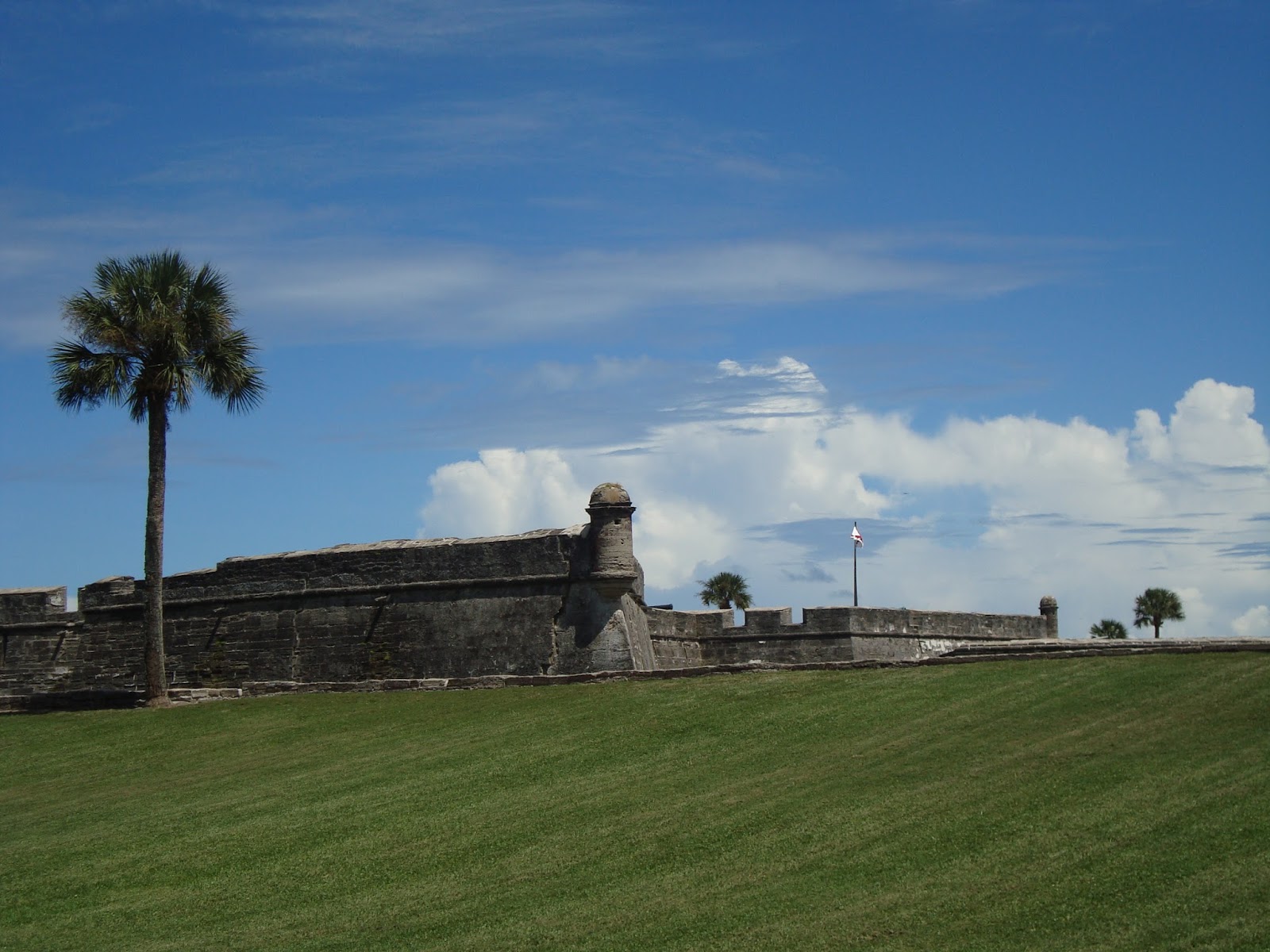 As important as St. Augustine was to Spain's interests in the New World, building a proper fort was slow in coming. The city was founded by Pedro Menéndez de Aviles in 1565 and it wasn't until 1672 that they began construction on the existing fort. Even then, it wasn't complete until 1695. The problem was that the Spanish Crown may decree that a fort be built, but the authorities in Cuba were expected to pay for it, and they were disinclined to do so. The result was a series of nine wooden forts with limited success in holding off invaders. One of the worst failures of the stockade was during an invasion by the English privateer Sir Francis Drake. News of Drake's invasion working its way up the Florida coast reached the populace of Saint Augustine, who abandoned both the fort and the town. They had planned to launch guerilla attacks from the surrounding wildlands, but were easily repulsed by the English. Between May 27th and 29th of 1586, Drake's men captured the fort and the town, razing both to the ground and departing with a significant amount of booty. The assault was one of the first shots prompting the Spanish Armada's attack on England in 1588.

The English returned in 1668, in the form of pirate Robert Searle. His attack on Saint Augustine was in retaliation for a Spanish attack on an English settlement, but it was not properly authorized. Searle returned to a pair of handcuffs at Port Royal. The impression left on the Spanish, however, was the desperate need to build a proper fort. Consequently, the Queen Regent of Spain straightforwardly ordered the construction of the Castillo de San Marcos, despite colonial footdragging from the Indies that delayed completion for just over 20 years. 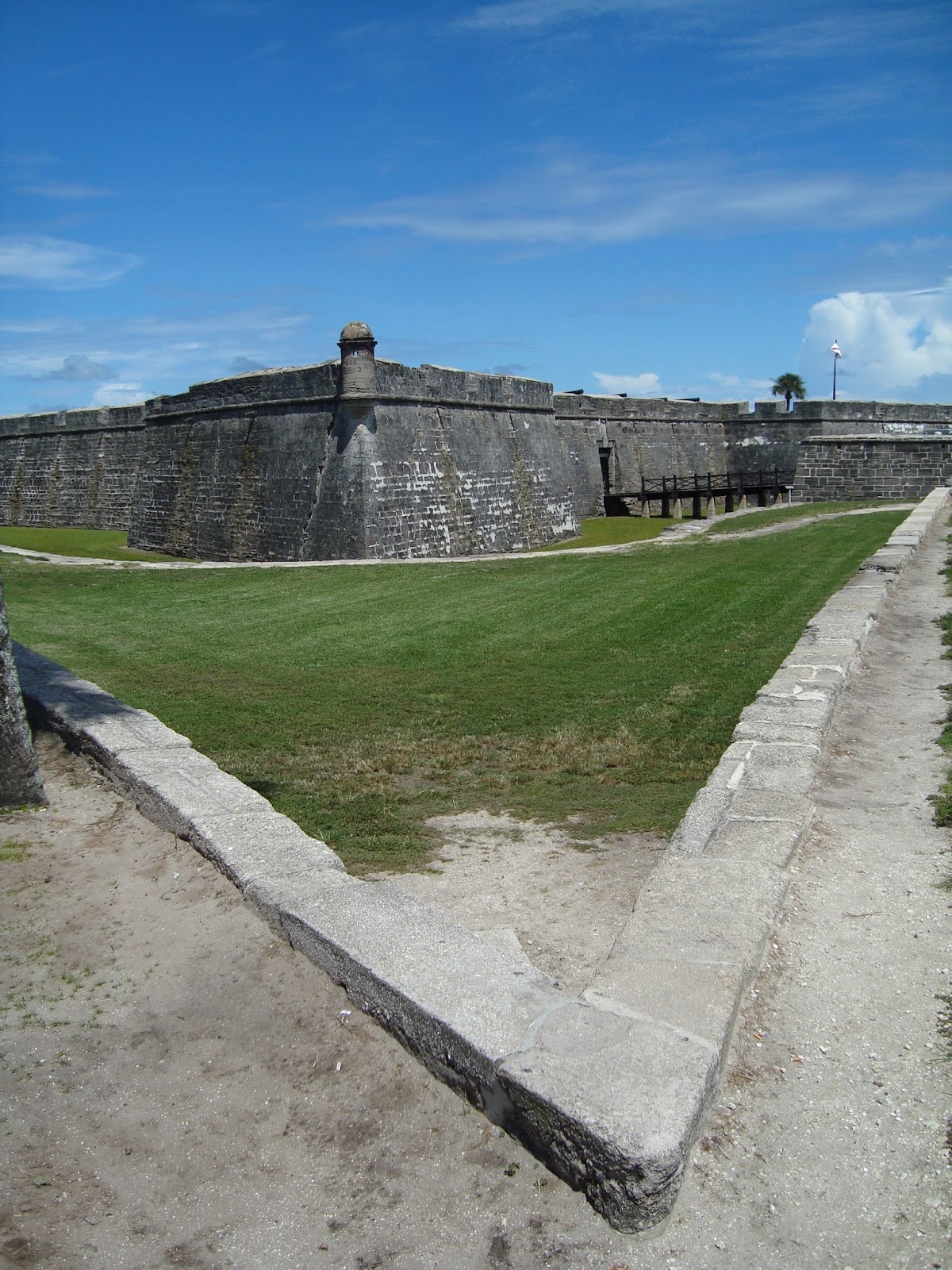 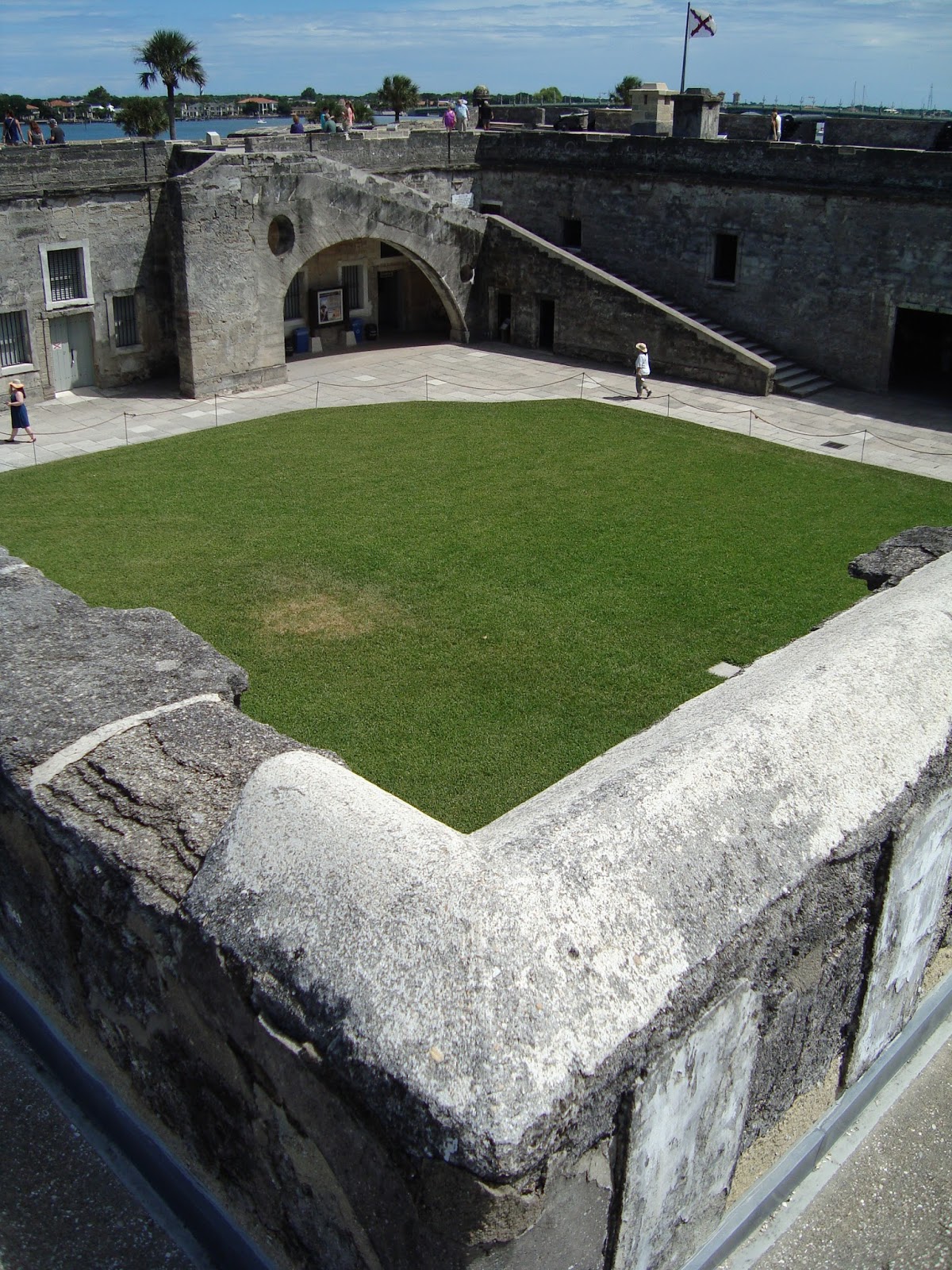 Material for construction of the fort came from a quarry on nearby Anastasia Island. From that quarry they took out great blocks of a stone called coquina, formed by the cementing together of layers of oyster and clam shells. Dating back to the Ice Age, this stone was soft enough to hew out of the ground when wet, but hardened into a durable building material when dry. Not only the fort, but much of the town of Saint Augustine made use of the ready coquina.

Testing its durability came quickly enough. In 1670, the English founded the colony of Charleston in modern South Carolina. That was a direct affront to Spanish claims in North America, and was followed up in 1702 with an attack on Saint Augustine. Instead of fleeing into the forest, the citizens of Saint Augustine piled into Castillo de San Marcos to wait out the siege. The ships of Carolina governor James Moore waited in Matanzas Bay, firing steadily onto the fort. One of the coquina's unique attributes was to absorb the impact of the canons, rendering them ineffective. The real problem was the blockade preventing provisions from getting to the starving city. Finally a Spanish fleet from Cuba blocked the English in the bay, and Moore decided to burn his own ships and march his troops back to Carolina overland. The Castillo de San Marcos was a success.

A new building program was initiated in 1738, altering the fort's interior and gun deck, as well as raising the height of its walls, bringing it into its current configuration. That didn't come a moment too soon, as hostilities between the English and Spanish flared up again. In 1740, Another fleet appeared in Matanzas Bay, the people of Saint Augustine once again took cover in the fort, the coquina walls once again stood against the onslaught of English canons, and once again the people starved. This time, the English retreated on their own, as their own supplies ran out. 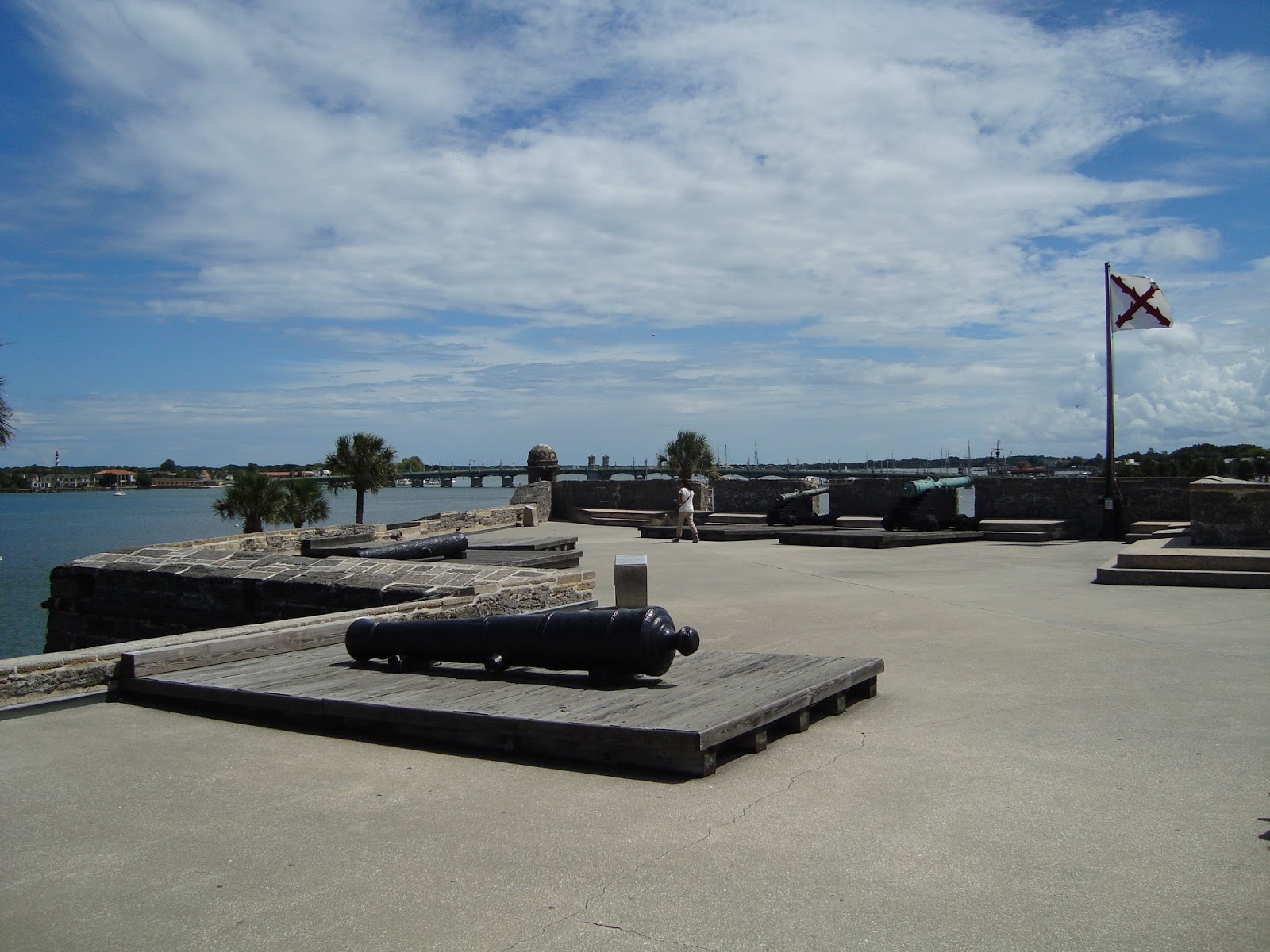 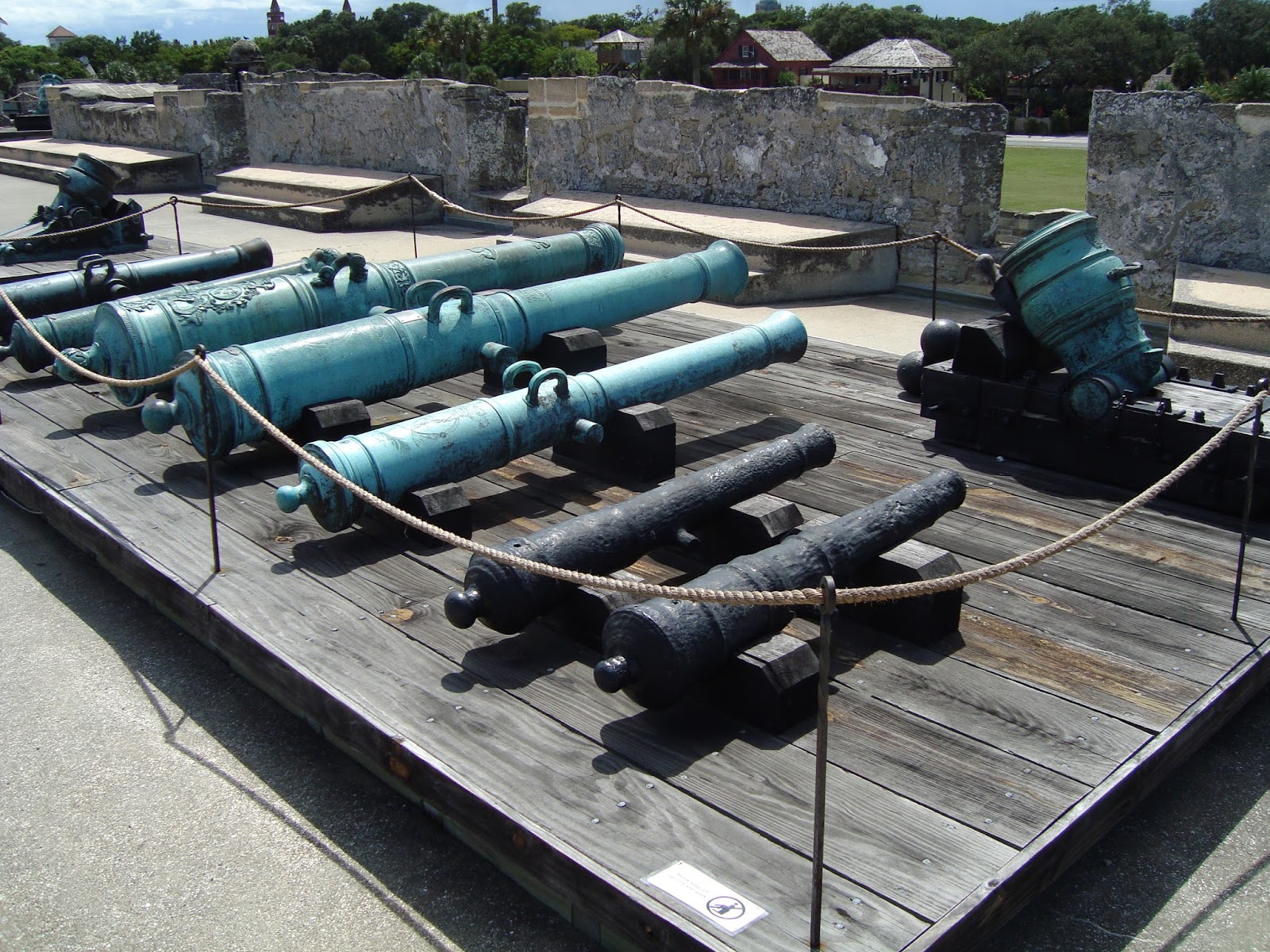 The English eventually took control of Castillo de San Marcos, but not by force. The 1763 Treaty of Paris that ended the Seven Years' War turned dominion over Florida to Great Britian, and the Castillo de San Marcos was handed over in July of that same year. Renamed Fort St. Mark, it served as a prison during the American Revolutionary War before it was once again caught up in war between England and Spain. The 1783 Treaty of Paris returned the fort and Florida to Spain.

There was a new player in North American politics at this point in history: the United States. The instability of the post-British period and pressure from the new country led Spain to cede Florida in 1821. Castillo de San Marcos fell under American control, and was renamed Fort Marion in honour of the Revolutionary War hero and terrorist Francis "Swamp Fox" Marion. Perhaps fulfilling the legacy of its namesake, Fort Marion had one of its darkest moments under American ownership. Captured under a flag of truce in 1837, Seminole leader Osceola and his followers were imprisoned in Fort Marion during the Second Seminole War. Their treatment in the fort was so abysmal that when 20 of them managed to escape a month later, they were credited with extending the war another four years. So great was their hatred for the Americans who kept them captive when alive and desecrated their bodies when they died.

Fort Marion was handed over to the Confederacy upon Florida's secession from the United States in 1861. That did not last long, as the fort was peacefully handed back over to the United States when the mayor of Saint Augustine surrendered to approaching Union forces in 1862. From 1875, Fort Marion was once again used to house prisoners taken in America's numerous Indian Wars, including members of the Kiowa, Cheyenne, and Apache peoples. One of its last acts as an active fort was to imprison deserters from the Spanish-American War in 1898. In 1900, Fort Marion was taken out of active duty. Interest grew in maintaining such an historic landmark, as it had already become an attraction for Saint Augustine's annual collection of well-heeled tourists. In 1924 it was registered as a National Monument, and in 1942 its name was restored to the Castillo de San Marcos﻿. 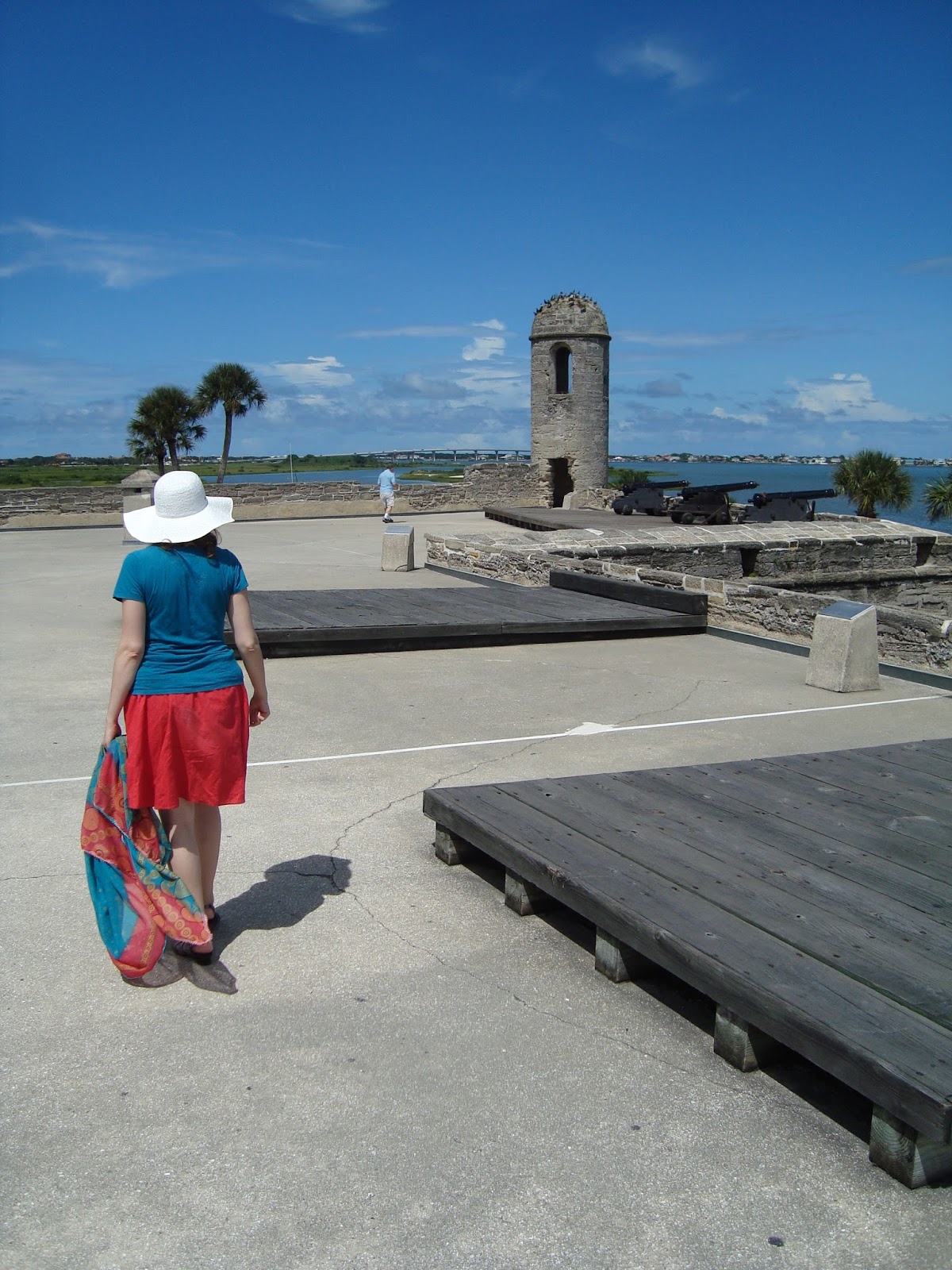 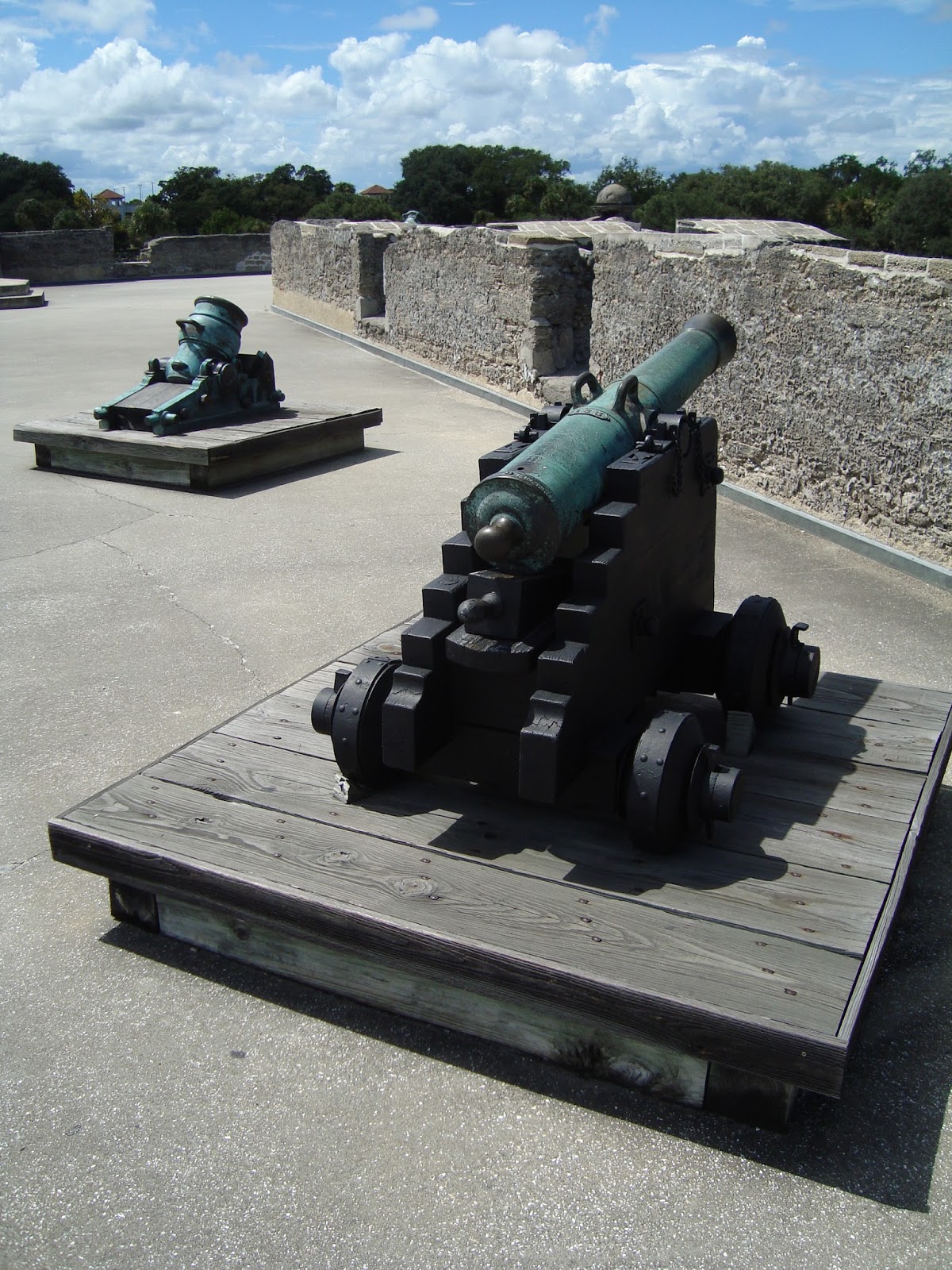 Email ThisBlogThis!Share to TwitterShare to FacebookShare to Pinterest
Labels: Pirates of the Caribbean, The Swamp Fox 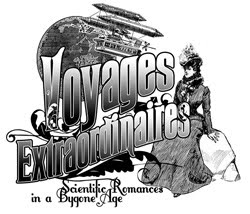